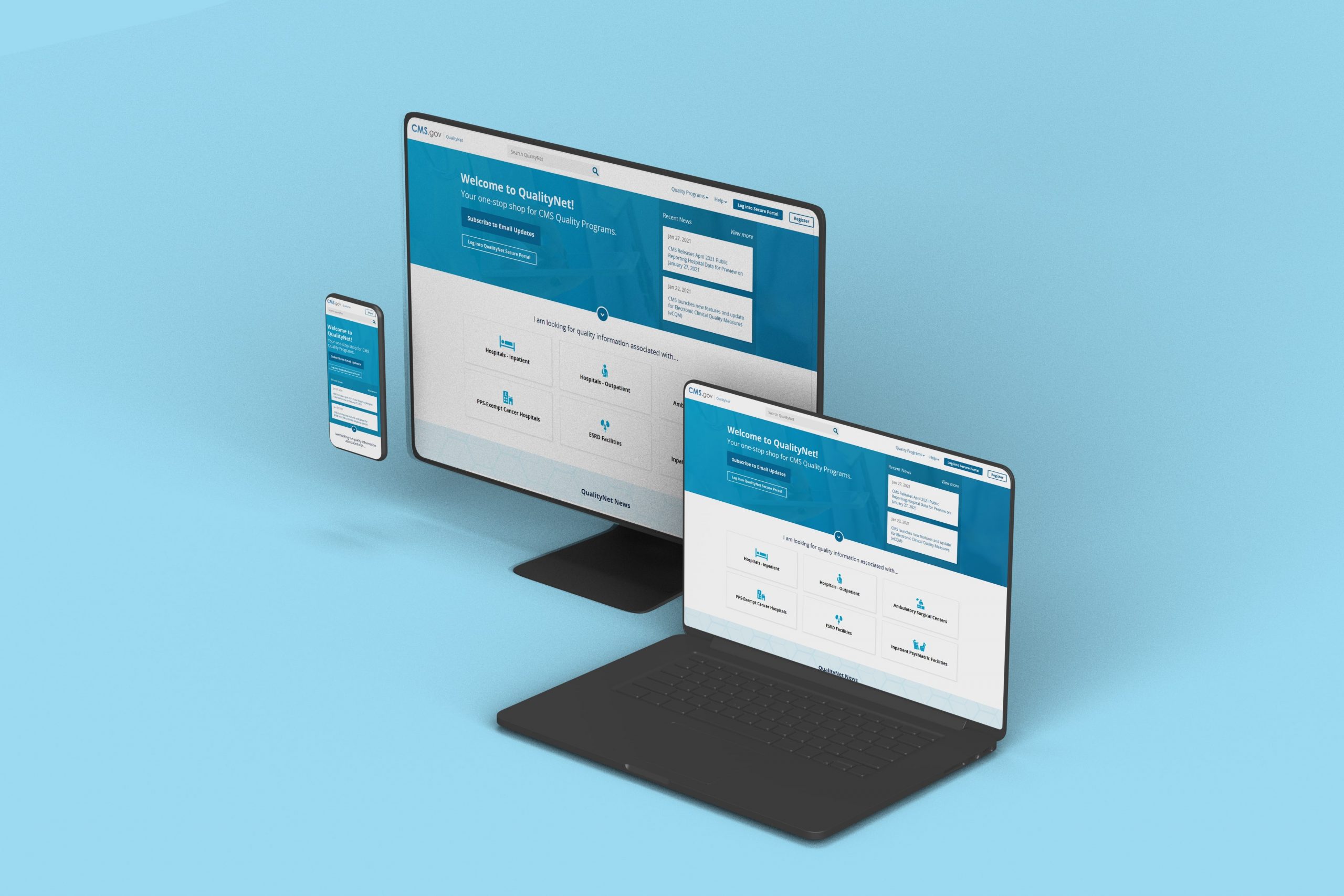 The QualityNet project used user-centered design to redesign an outdated public-facing CMS website that provides healthcare quality improvement news, resources, and data reporting tools to healthcare providers. The existing site contained hundreds of pages and thousands of downloadable files – it was over a decade old, didn’t pass accessibility standards, and did not scale well for growing content. 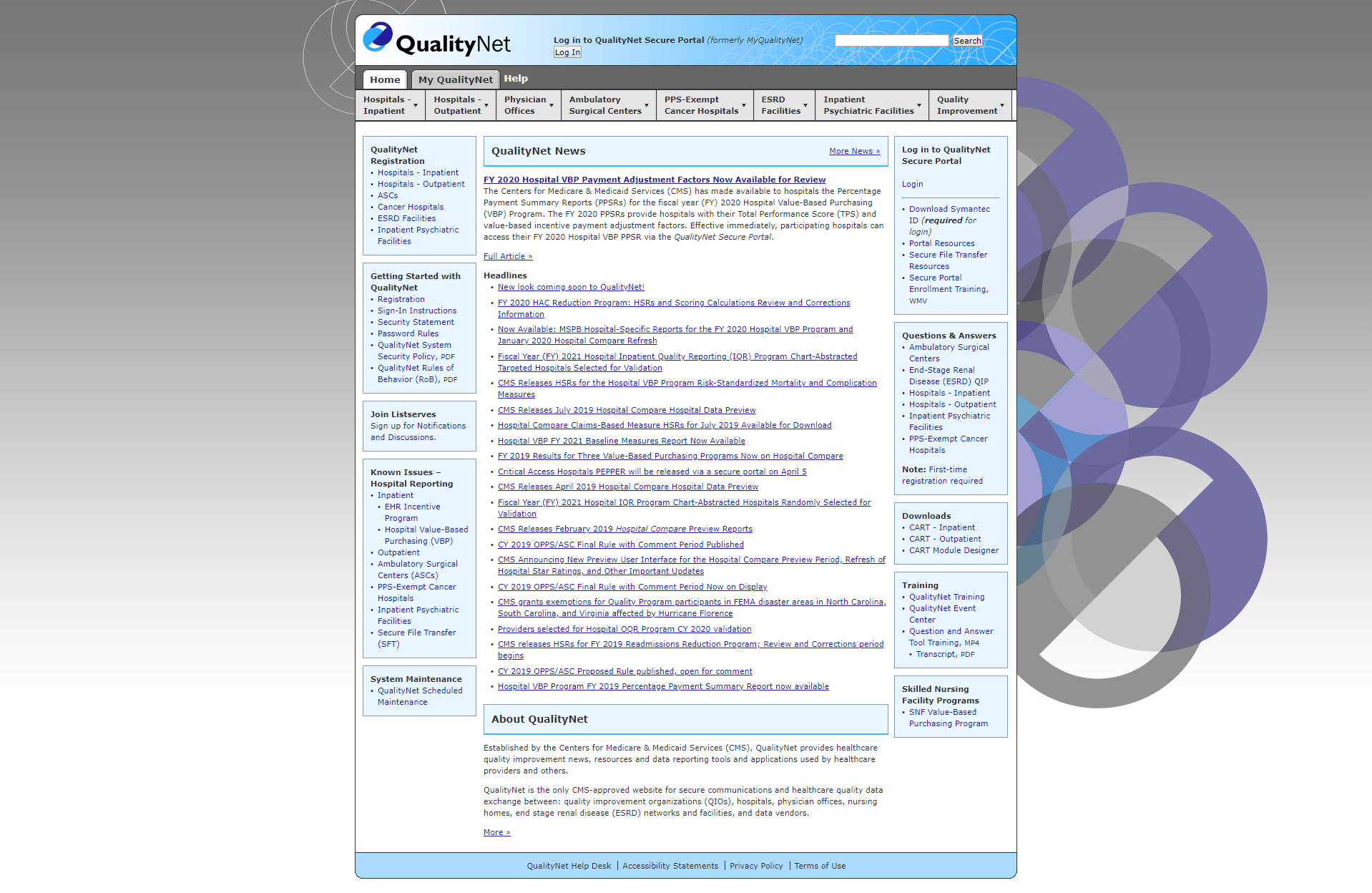 The first step to redesigning the QualityNet website was to analyze the existing site. The site contained hundreds of pages with a variety of content, so the analysis included documenting and categorizing every page on the site in a methodical manner. I created a site map to visualize the website’s hierarchy and gain an understanding of the existing information architecture. 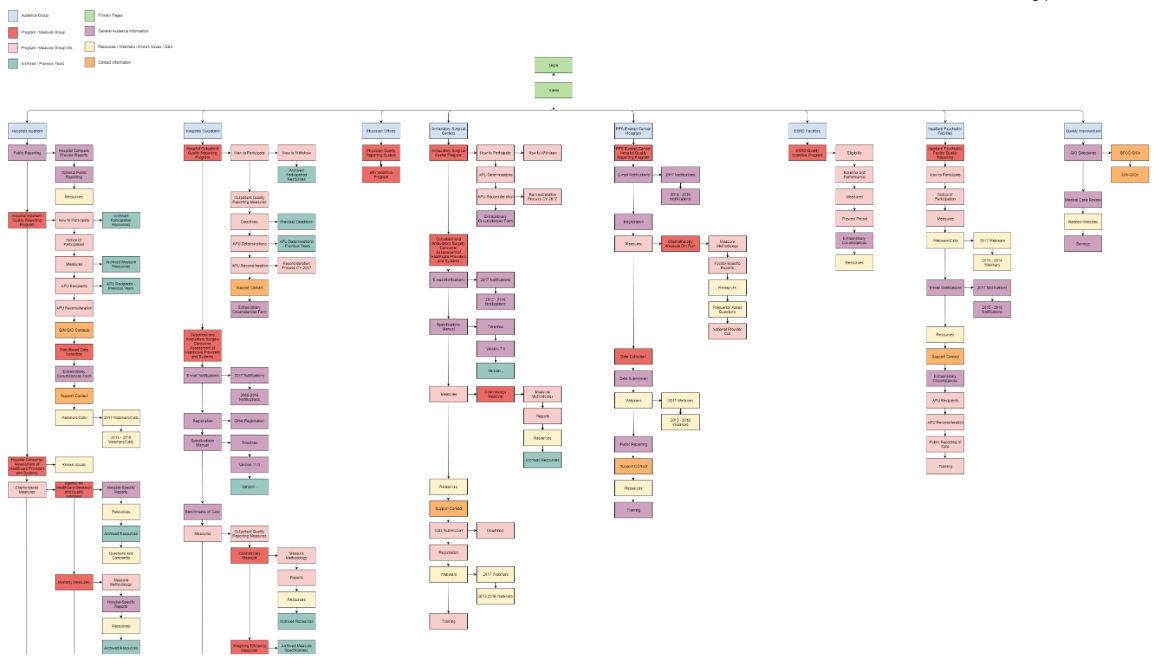 We conducted a series of user interviews with internal content contributors, the CMS contractors responsible for creating content for the QualityNet website. The interviews provided insight into the reasoning behind the existing content structure and areas for improvement. It also included a card sort activity in OptimalWorkshop that was used to help understand the users’ thought model for content organization. The redesign’s initial information architecture and site organization was directly driven by the card sort activity results. 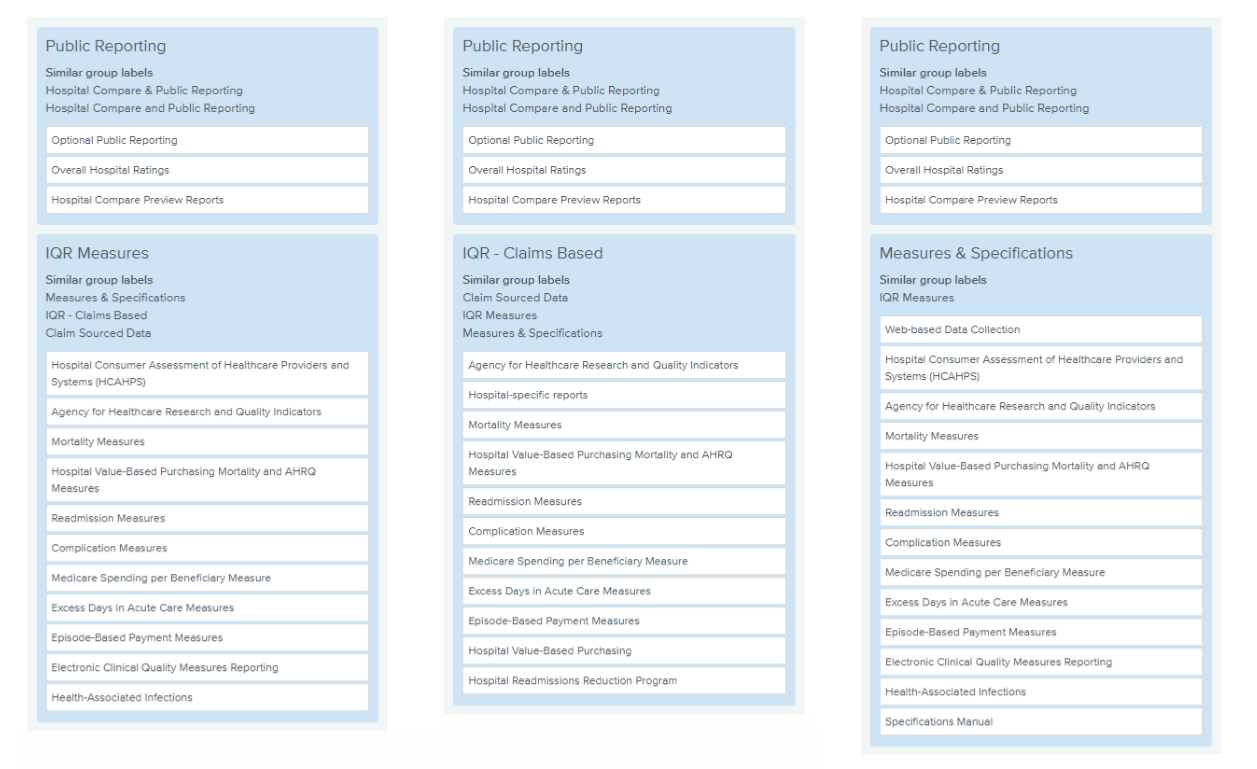 Based on the content contributor user research, I created and iterated upon on initial low-fidelity wireframes for the QualityNet redesign in Adobe Illustrator. The existing site analysis, internal user interviews, and card sort exercise drove the initial designs. The low-fidelity wireframes allowed for quick and iterative exploration in the early stages of design. Wireframes were added to InVision to create clickable prototypes that could be shared with the team and end users. 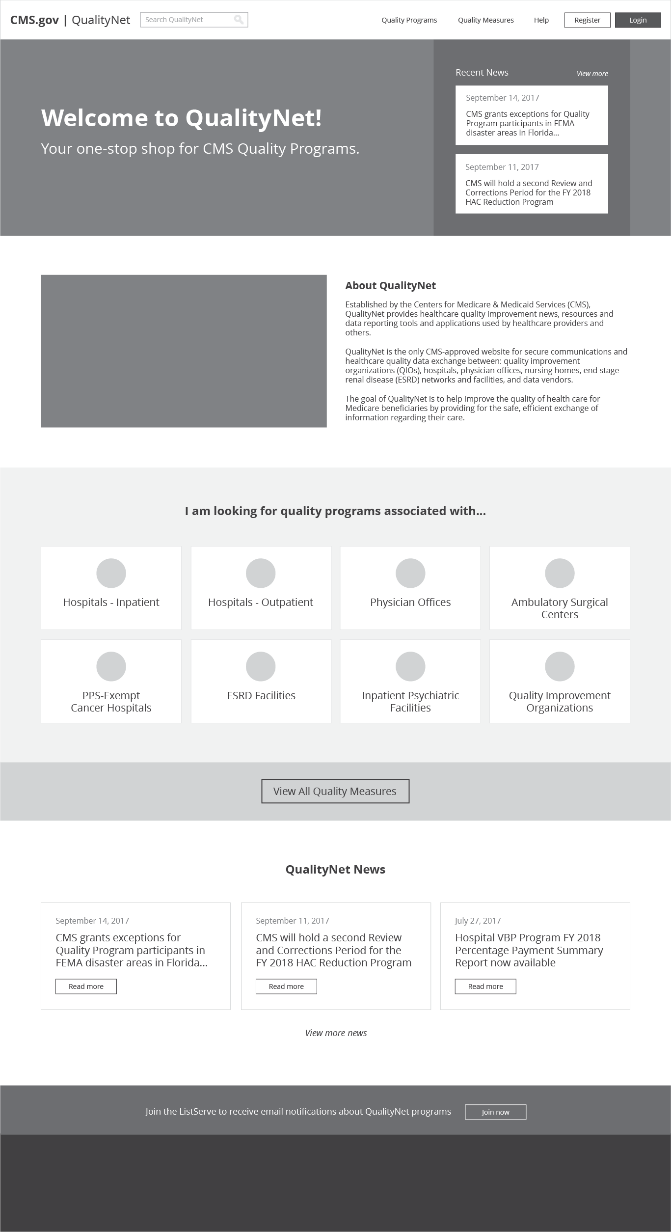 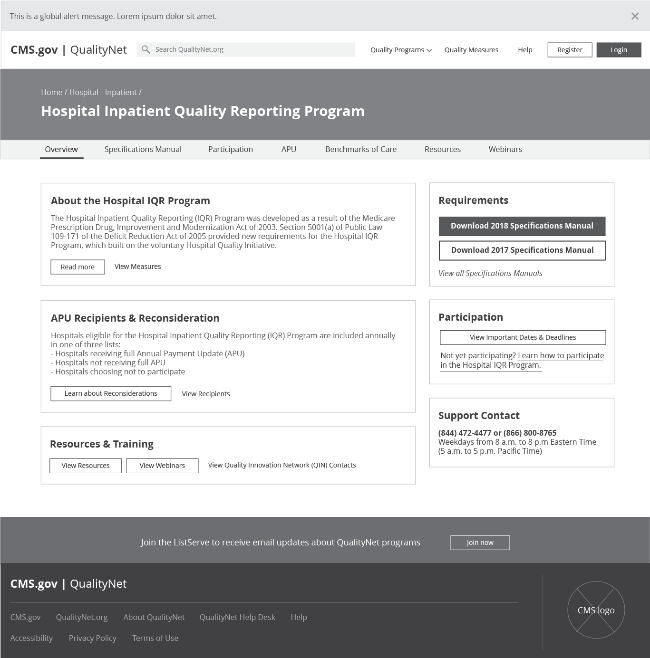 We created a clickable prototype of the wireframes using InVision to conduct task-based usability testing and A/B testing on the design with end users. The end users included hospital administrators that regularly accessed the QualityNet website and were responsible for submitting the facility’s quality reporting measures to CMS. Users were asked to complete a series of tasks on the wireframe prototype while we measured the task success. We also conducted A/B testing with potential designs that we were deciding between. 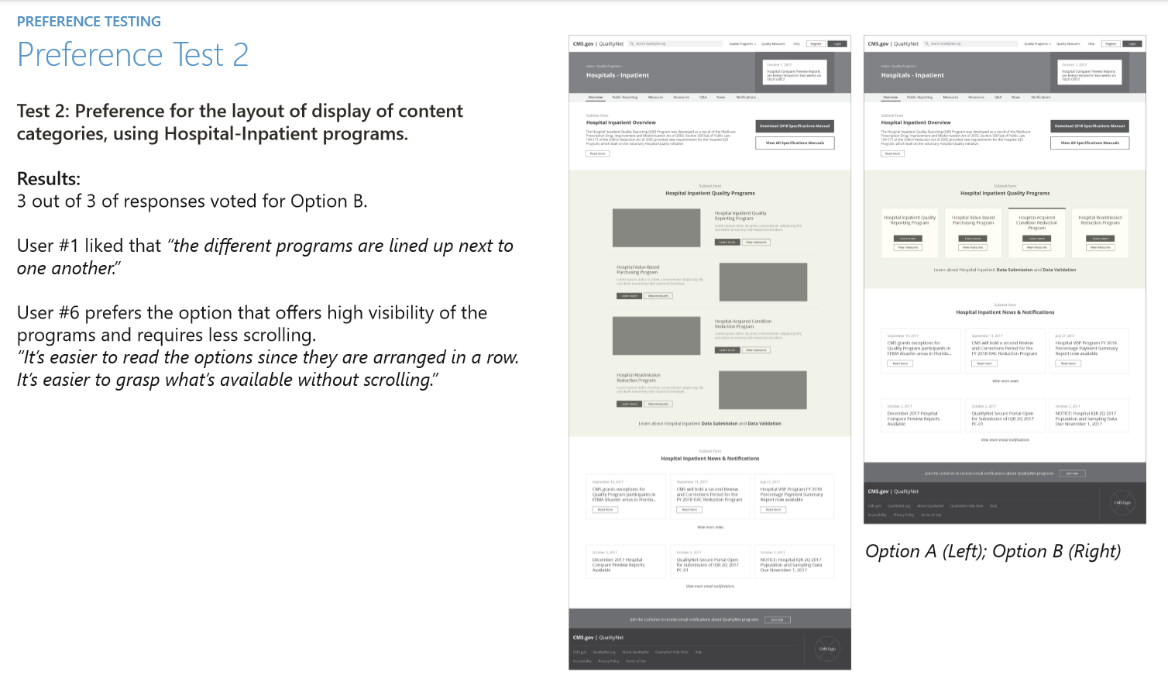 From wireframes to mockups

After the task-based usability testing, wireframe designs were iterated upon based on user testing findings. Wireframes were then transformed into high-fidelity mockups in Adobe Illustrator. The style of the website needed to abide by the CMS Design System, featuring patriotic colors, blocky appearance, and a stoic look and feel. The CMS Design System was created to encourage consistent branding across CMS applications. 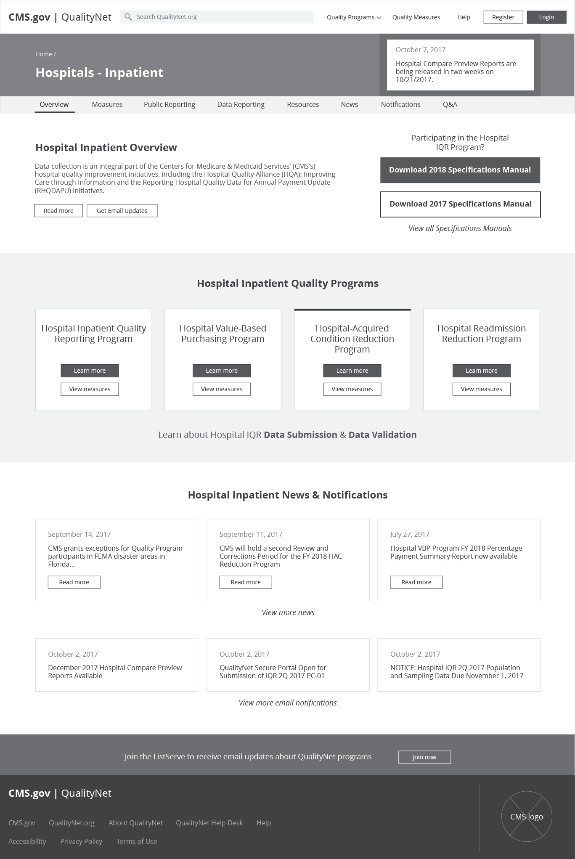 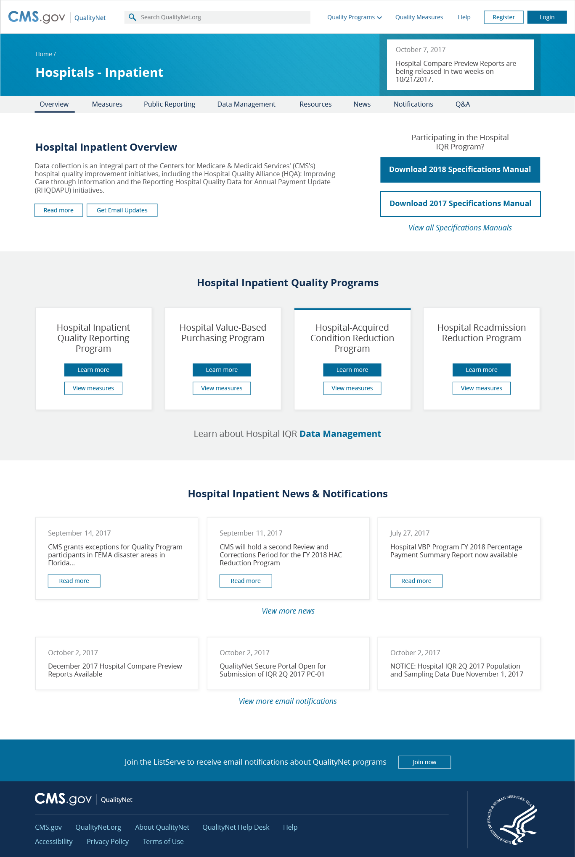 Mockups were iterated upon based on the mockup user testing findings. Various styling options within the constraints of the CMS Design System were created, compared, and ultimately finalized. 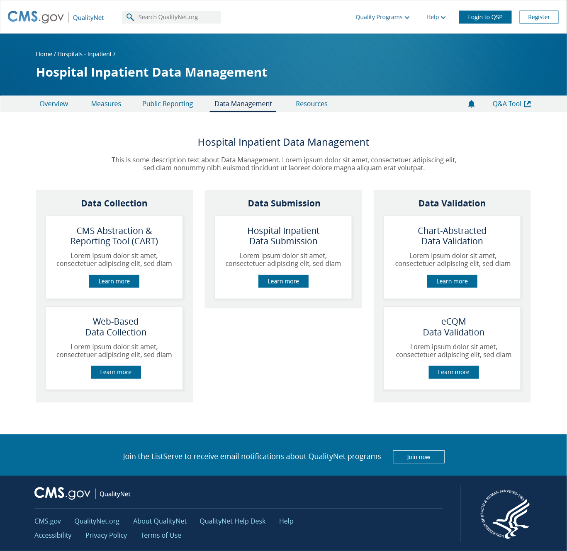 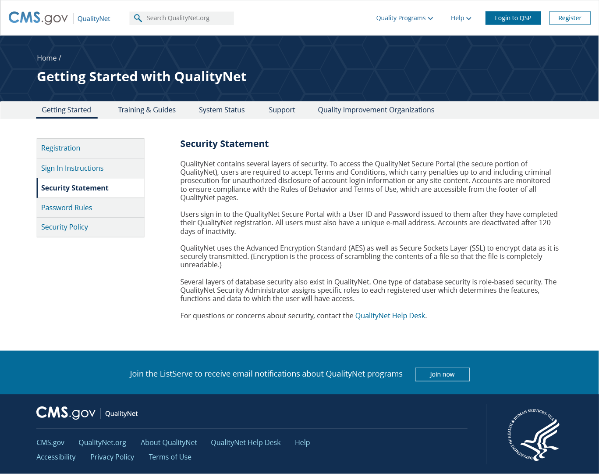 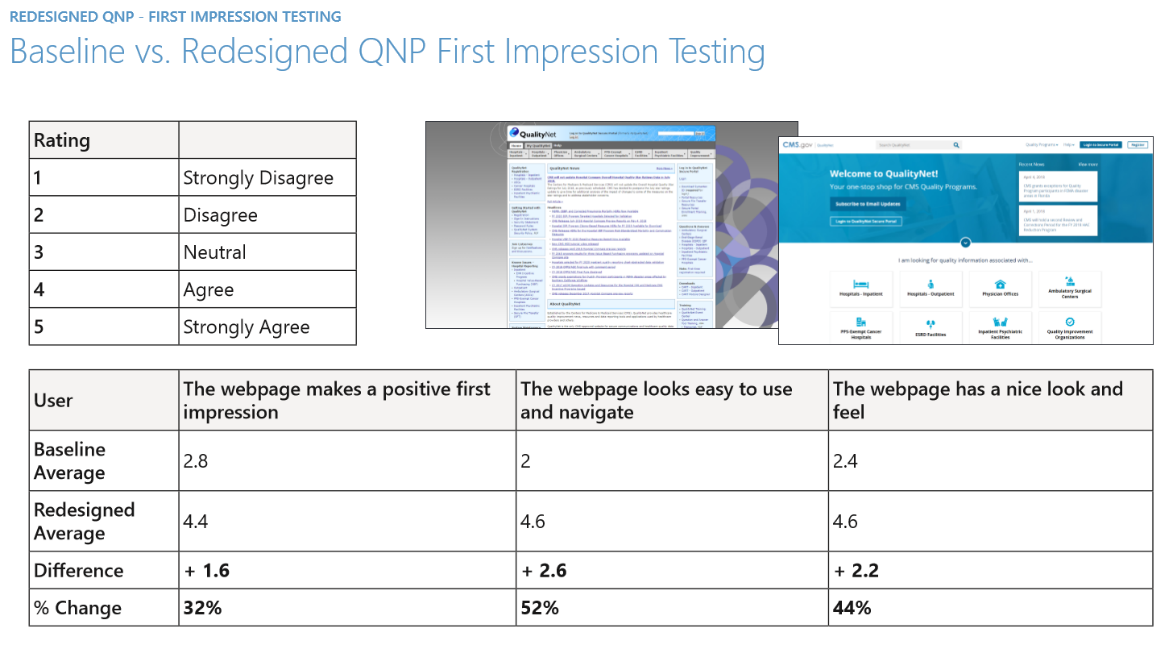 Migrating and building the site

The redesigned QualityNet was successfully deployed in September 2019 and receives millions of hits a year. Improvements to the site include faster performance, updated look and feel, simplified and scalable navigation, responsive design, increased accessibility/508 compliance, and more. The redesign involved many iterations of low-fidelity wireframes to high-fidelity mockups and multiple rounds of user testing. The final design matches modern CMS branding and greatly improves the site’s overall usability. 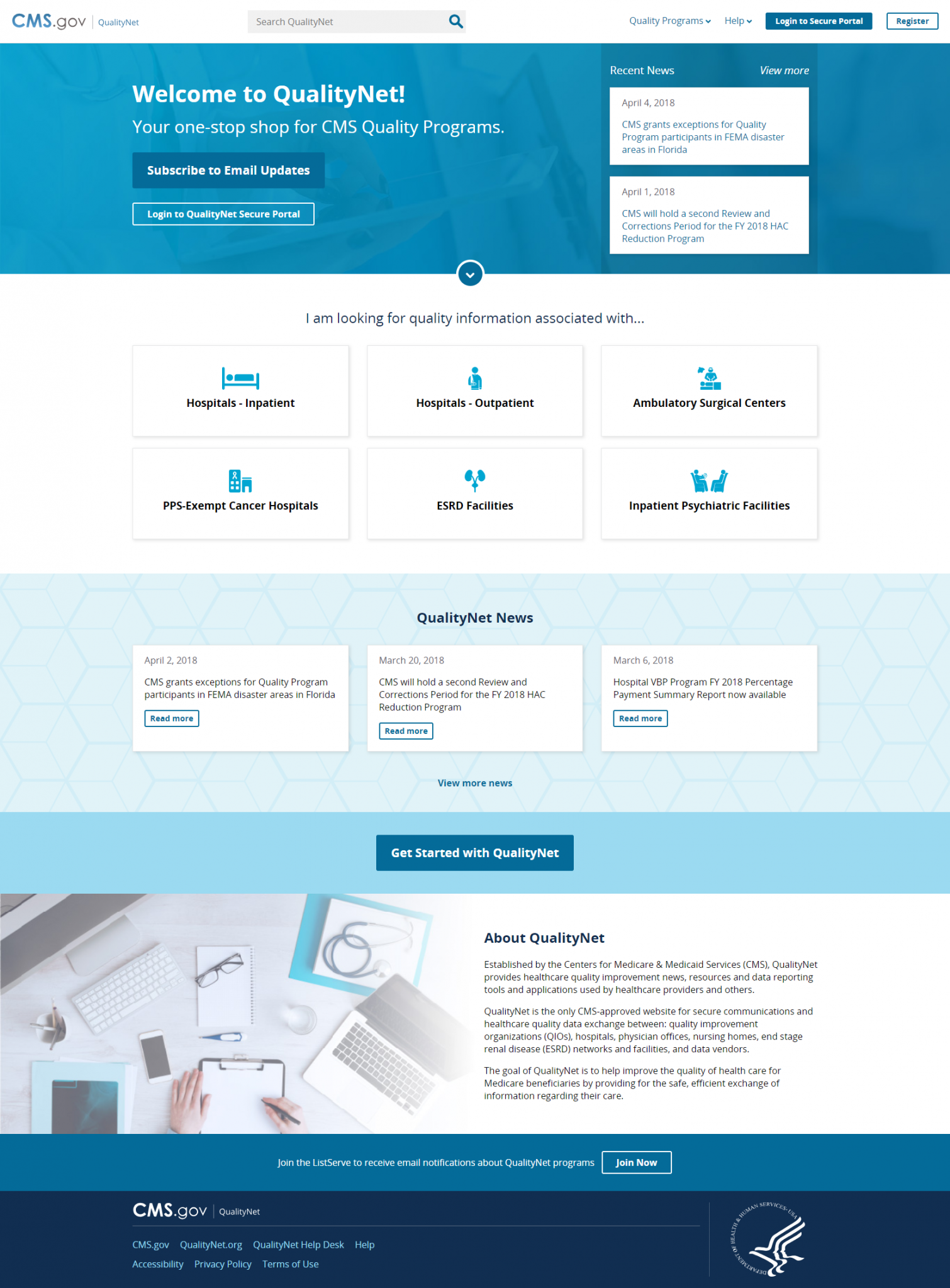 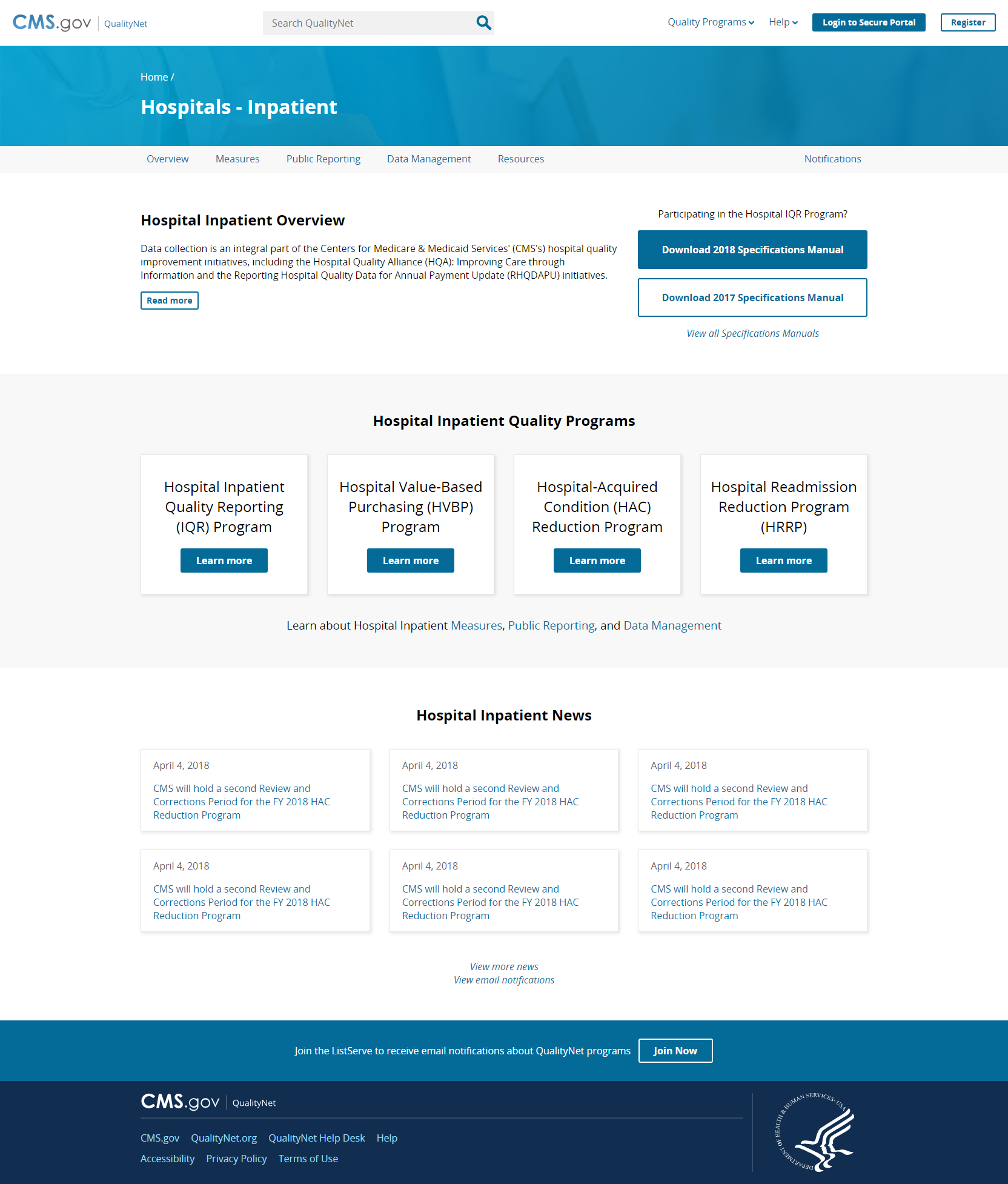 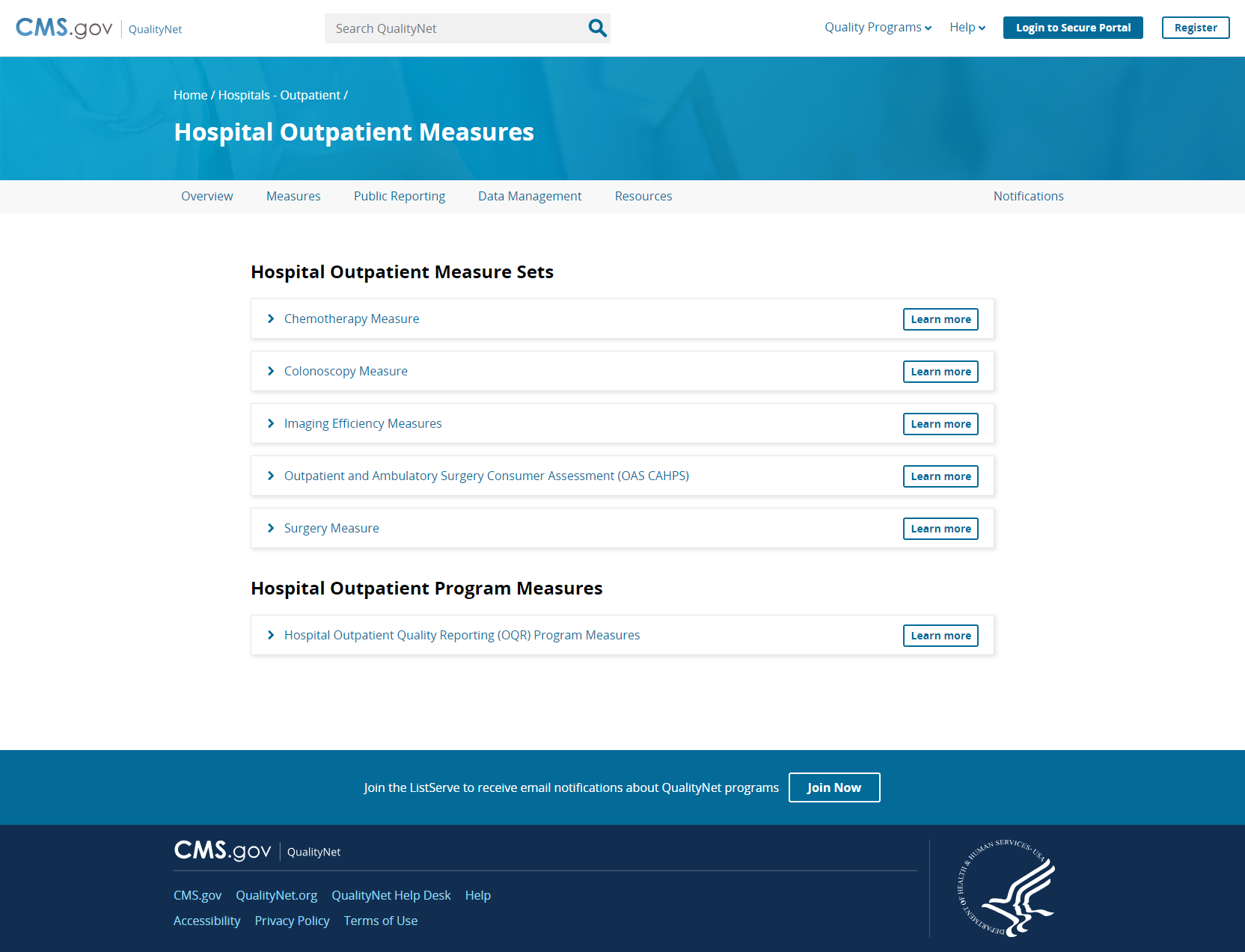 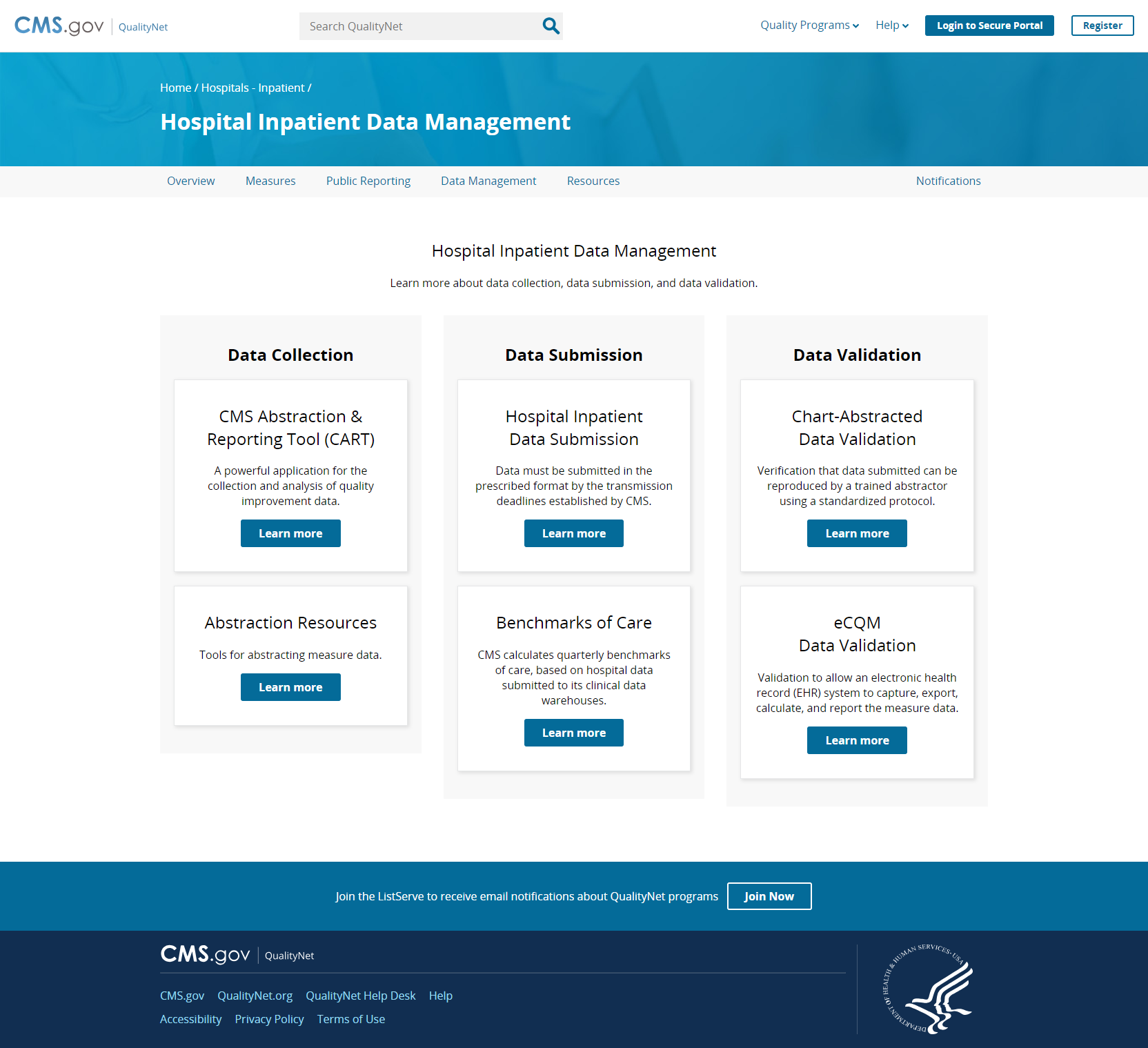 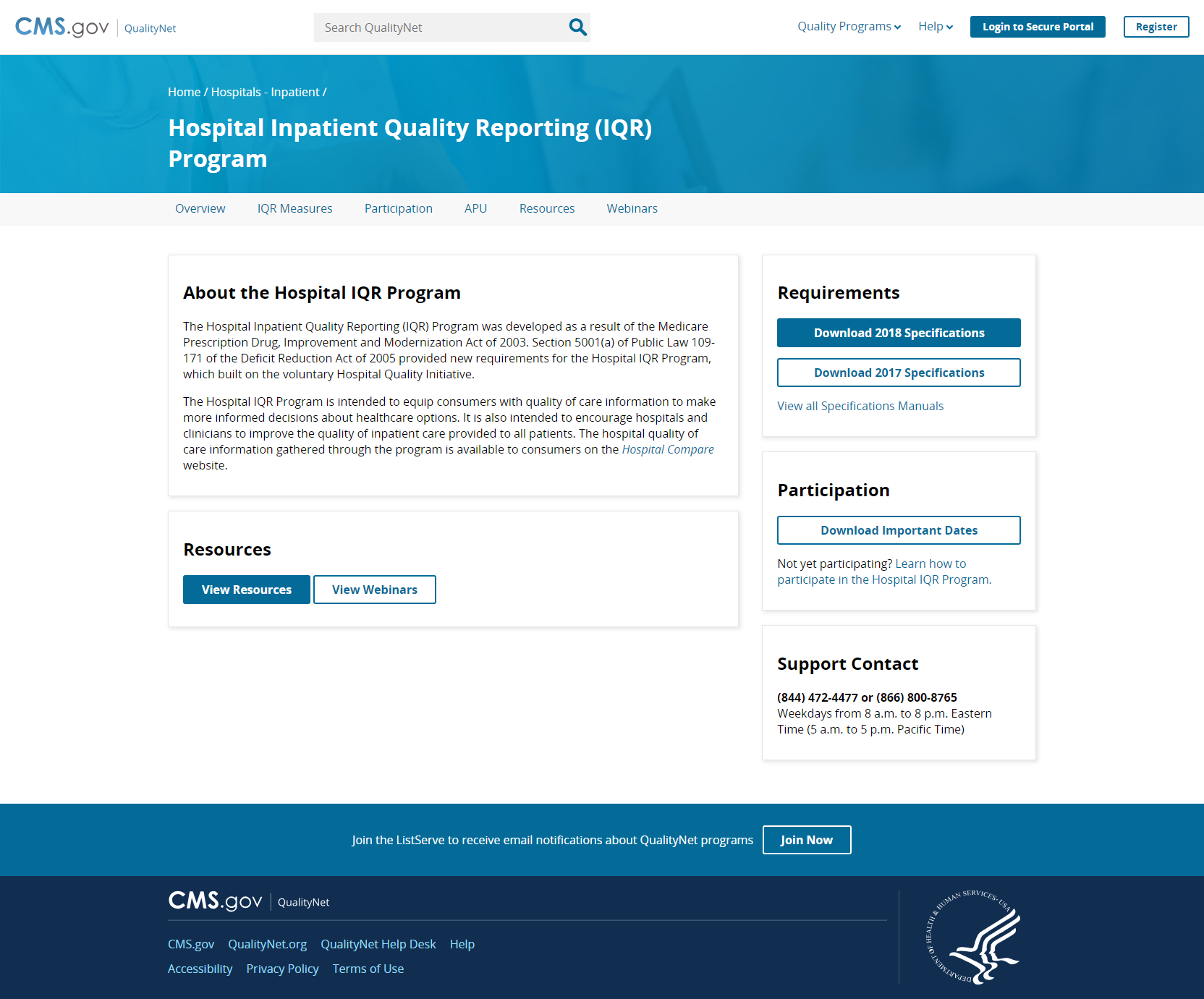